Hey, wanna do the Triathlon of Compassion?  If your response to that question is an incredulous, “You want me to swim, bike AND run?!“ have we got a deal for you – join as a relay team! That way if you swim like a fish but also run like one, you can get your fleet […]

The 24th annual Triathlon of Compassion will be held on June 25th, 2017! The Victoria Sexual Assault Centre’s longest running fundraiser invites you to sign up, and swim, bike and run for a great cause! 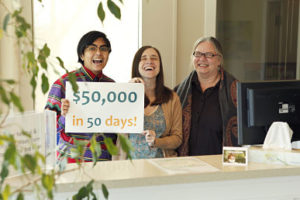 We are at the half-way mark of the 50-day campaign to raise $50,000 for the Victoria Sexual Assault Centre. Thank you to everyone that has contributed so far. Here are a few suggestions of how you can still help out!

The Victoria Sexual Assault Clinic is now open! Hear from one person about what this opening means to her.

Great Events for a Great Cause!

We are gearing up for the 23rd annual Triathlon of Compassion and the 5th annual Victoria Goddess Run in June! Great ways to support the Victoria Sexual Assault Centre!

We recently spoke with one of our crisis counselors, Catherine Day, about resistance and we were left so inspired…

Should We Stir up the past?

Is it a good idea to dig up painful memories from the past? What is the point? Shouldn’t we just let snoozing canines be?
These are good questions…