We are undergoing technical issues which may be impact our response times. We are working to address the issues and will respond to service requests and other communications as soon as possible. Thank you for your patience.

The Victoria Sexual Assault Centre strongly supports Bill C-16, which is currently being considered by Senate.

Last week it was announced that Bill C-16 to amend the Human Rights Code of Canada to protect Trans, Gender Non-Conforming, and Two-Spirit people was being introduced in the Senate. As the debates have taken shape over the last couple of weeks, they have spilled into mainstream and social media where folks, both for and against the amendments, have made their views known. Amongst these were two recent CBC articles and an interview on CBC’s The Current, which unfortunately and irresponsibly amplified the transmisogynist views held by Vancouver Rape Relief (VRR). VRR continues to toss the harmful stones of their rhetoric into the debate on what it means to create safer spaces for healing from gender-based violence. They have been given ample room to argue that the federal Transgender rights bill would take rights away from cisgender (non-Trans) women and would be a threat to the safety and comfort of cis women seeking support from rape crisis centres and shelters in Canada if Trans, Gender Non-Conforming, and Two-Spirit folks access these spaces. We consider this perspective to be grounded in fear and hate, and ultimately perpetuates rather than addresses systemically rooted sexualized violence.

At the Victoria Sexual Assault Centre, we are saddened and angered that these highly discriminatory views have been made central in media coverage. Not only are these perspectives contrary to our fundamental beliefs, but they are also not founded in reality as we have the experience to attest. Over four years ago we changed our mandate from a woman-serving sexual assault centre (which included Trans women, albeit not explicitly enough), to an organization actively serving all women, Trans, Gender Non-Conforming, and Two-Spirit folks. Because Trans, Gender Non-Conforming, and Two-Spirit people experience higher rates of sexualized and gender-based violence than cis people, extending our services to support people from these communities means that we have created more safety for more people.

Further, VRR suggests that women assigned female at birth can only find comfort in the presence of other such women. First of all, it is important to be clear that Trans women are women.  Secondly, we would like to suggest that such a universal experience of womanness is not possible, and is not a useful basis for creating a safer space for healing. There are numerous ways that power operates in all spaces, including “women’s only” spaces, that produce different experiences of relative safety for different people. There is no space that anyone can define as being safe for all ‘women,’ just because they were born with vaginas. Rather than trying to create safety around sameness, we think the way of supporting survivors of sexualized violence means trying to address the root causes of violence by understanding and responding to the complexities in how violence is happening in their lives across their different contexts. To that end, VSAC works hard to provide supports for people of many different genders, with many different cultural backgrounds, and life experiences.

We have found that the more integrated our services are for the most marginalized people in our community, the better our services have become for everyone. Actively making our services accessible for and responsive to all women and Trans, Gender Non-Conforming and Two-Spirit folks has helped us understand more of the barriers different folks face in accessing our supports. This has meant that we have been able to deepen our understanding of the ways that gender-based violence plays out in society, and has helped us become better able to ally with each other toward our shared liberation. This has been a humbling gift for our agency. Being welcomed to work alongside Trans, Gender Non-Conforming and Two-Spirit folks has helped open spaces of learning across our differences and striving to extend care and support for each other in ways that would not have been possible otherwise.

VRR has been positioned as a leading view for sexual assault centres across Canada, when in fact they are one of a few dissenting views. They certainly do not speak for us. And let’s be clear: VRR and associates are arguing for the right to discriminate against human beings, and to ensure there is no legal recourse against the violation of people’s basic human rights. The Victoria Sexual Assault Centre supports Trans, Gender Non-Conforming and Two-Spirit people’s right to safety. Bill C-16 is a necessary, and long overdue, piece of legislation to protect this right.

Thank you to all of the Trans, Gender Non-Conforming and Two-Spirit folks whose voices, commitment and action have pushed VSAC forward to deepen our understanding of gender-based violence and grow the capacity of our services and programs to better serve our communities.

For many trans* inclusion is either a new topic or one that is not completely understood. This is why community education through workshops is vital to making services more accessible and safe for trans* and gender variant people… 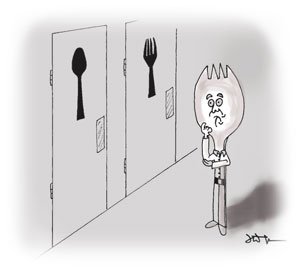 A cis-gender woman reflects on gender discrimination in washrooms and the importance of gender-neutral washrooms.

Alexa talks about Visibility and Vulnerability, TDOV, and making the work personal.

Today is Trans Day of Remembrance, a day to remember the lives of trans people who have been murdered or who have taken their own life. It is a somber day, but it is also a day that reminds me of strength and resistance embodied by so many trans people.

This has been an interesting and inspiring week for me, and it felt worthy of sharing. Recently, I have been contacting other Sexual Assault Centres (SACs) to learn more about their processes of becoming trans* inclusive agencies and the conversations in which I have partaken have been…