The Moosehide Campaign Moves Us 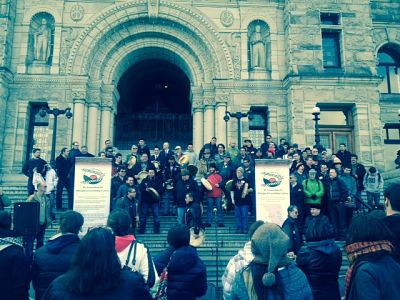 We were at the Moosehide Campaign Annual Event For Men.

It was really powerful. We were able to witness a room full of people acknowledge generations of violence. It was moving for us. And knowing that there’s this committed group of men standing up and being part of shifting the reality, and breaking the cycle, is amazing.

Many of these men have experienced so much violence themselves. So the courage they had in showing their vulnerability, and willingness to transform themselves and their communities, was a privilege to witness.

They’re true leaders in the whole anti-violence movement on the island, and also nationally.